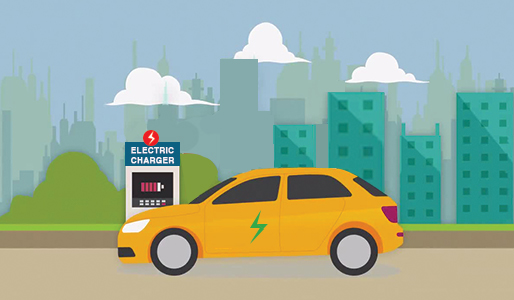 In the Union Budget 2022, Finance Minister Nirmala Sitharaman had announced that the Government was set to roll out a battery swapping policy, in a bid to reduce upfront costs of purchasing EVs and drive adoption among buyers. The Government think-tank Niti Aayog came up with the policy draft on April 21 and has invited comments on it until June 5. Once in force, the policy is sure to prove a game-changer for EV adoption in the country.

A draft battery swapping policy, released by Government think-tank Niti Aayog recently, is bound to give a big boost to EV ecosystem in the country. It is an established fact that while the adoption of electric vehicles is constantly on the rise, the existing charging infrastructure is highly inadequate. A strong push to battery swapping is essential to encourage more and more people to shift from ICE-run vehicles to EVs.

Battery swapping is a mechanism that involves exchanging discharged batteries for charged ones. This provides the flexibility to charge these batteries separately by de-linking charging and battery usage, and keeps the vehicle in operational mode with negligible downtime. Though battery swapping is generally used for smaller vehicles with smaller batteries, solutions are being explored to do this for larger segments like four-wheelers and e-buses as well.

The policy further proposed that vehicles with swappable batteries will be sold without a battery, providing the benefit of lower purchase costs to potential EV owners. It said any individual or entity is free to set up a battery swapping station at any location, provided that the specified technical, safety and performance standards are adhered to.

The draft policy has suggested that the GST Council consider reducing the differential across the tax rates on lithium-ion batteries and electric vehicle supply equipment. Currently, the tax rate on the former is 18 per cent, and 5 per cent on the latter.

The policy also proposes to offer the same incentives available to electric vehicles that come pre-equipped with a fixed battery to electric vehicles with swappable batteries. “The size of the incentive could be determined based on the kWh (kilowatt hour) rating of the battery and compatible EV,” the draft policy states. According to an official statement, Niti Aayog held an inter-ministerial discussion to formulate a robust and comprehensive battery swapping policy framework in February 2022. It also held an extensive pre-draft stakeholder discussion with a wide spectrum of stakeholders representing battery swapping operators, battery manufacturers, vehicle OEMs, financial institutions, think-tanks and other experts.