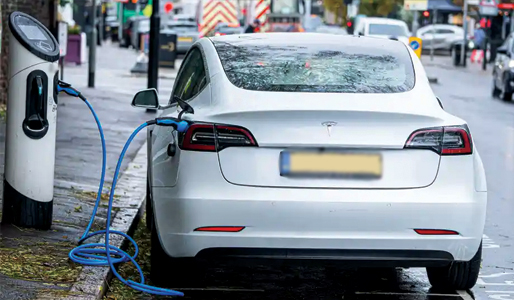 Despite range anxiety and inadequate charging infrastructure, electric vehicles have started finding takers in India, and that’s a positive development. According to available data, all segments of EVs witnessed healthy sales growth as compared to the last year. While introduction of new, affordable EVs by automakers is behind the rise in sales, the Government’s EV-friendly policies have also played a big role in this.

The sale of electric vehicles (EV) in the country has seen a huge jump during the past few months. Introduction of new affordable EVs and the Government’s push towards electric mobility have primarily led to a spurt in the sale of EVs. Besides coming up with several EV-friendly policies and offering discounts and incentives, the Government has been consistently running a campaign to educate the Indian public about the benefits of EVs over Internal Combustion Engine (ICE)-based vehicles.

The two-wheeler EVs market has seen a jump of 3 per cent from last year’s sales while e-3Ws have seen the maximum jump of more than 5 per cent. Though four-wheeler EVs is the toughest market, it too witnessed a sales growth of almost 2 per cents in comparison to last years’ sales.

India is a huge market for automobile manufacturers with an unprecedented potential due to its massive population. Currently, homegrown major Tata Motors is the leader in the EV segment with more than 70 per cent of market share. Though big players like BMW, Mercedes Benz and Audi have already entered the EV market with their flagship products, Tata Motors is not prepared to give up the lead, easily.

Recently, Tata Motors announced that it has set up a separate entity for EVs with an initial funding of $1 billion from parent Tata Group. The automotive brand has also acquired Ford India’s Sanand-based manufacturing facility in Gujarat where it plans to manufacture more than two lakh EVs annually. It is heartening to note that despite range anxiety and many other issues, consumers are reposing faith in this new technology and shifting from ICE-based vehicles to EVs in large numbers. While Karnataka in the South has already crossed the one-lakh milestone in EV sales, other states have also announced that they will soon come out with their EV policies and become part of the EV revolution in the country.