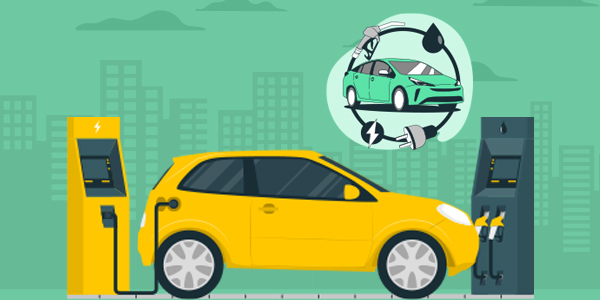 Along with its continuing push to the sale of EVs, the Government is also focusing on flex fuel-based vehicles now. It has set timelines for manufacture of FFVs and establishing ethanol pumps across India. Alongside, people are also being encouraged to go for hybrid vehicles. Both these are laudatory moves as electrification is a time-consuming process. Moreover, promotion of ethanol is also going to prove beneficial for the agriculture sector in the country.

The Government has given a timeline of six months to car manufacturers to develop and introduce flex fuel-based vehicles (FFVs). The six- month deadline has also been fixed by the Government to set up ethanol fuel pumps across India that will provide E100, or pure ethanol, to FFVs. The step has been taken to reduce dependency on oil imports and to reduce pollution levels in the country.

Fuel Flex engines are those that run on ethanol, which is made using sugarcane, corn and wheat. In that regard, the Government move is also intended to give a boost to the agricultural sector as the surplus crops of these commodities are used to produce ethanol.

The Government is also encouraging the people to opt for hybrid EVs – the vehicles that combine ICE with electric motors and provide the consumers with high fuel-efficiency. The market for HEVs is also rising in the country as those who are sceptical about pure EVs opt for HEVs so as to get a feel of this new technology and that too without any range anxiety.

For the past few years now, the Government has been pushing electrification of the transport sector by attempting to convert a majority of the Internal Combustion Engine (ICE)-based vehicles to electric vehicles (EV). But as is obvious by now, the process is going to take time and hence ethanol is the next best option. Moreover, ethanol is more economical and environment-friendly than petrol and diesel.

Indian Oil Corporation and other oil giants have promised to invest about Rs 2,500 crore to produce and promote ethanol as an alternative fuel in the country. Presently, ethanol is available only in 15 states but the Government is planning to expand its sale to other states as well within the next six months.