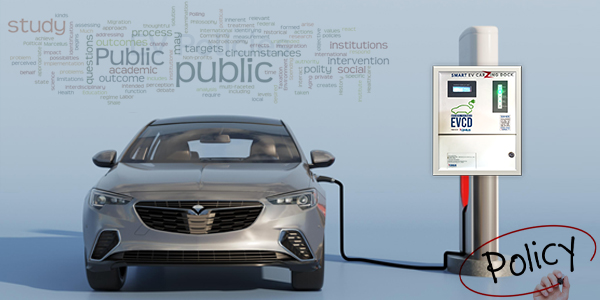 In the concluding part of our series on EV policies of different states in the country, we focus on three states in the South. All the 14 states we covered so far had exciting offerings in their policies to promote electric mobility. We’ll see in this final part that these Southern states, too, are not lagging behind in making their EV packages as attractive as possible.

Telangana was among the first few to come up with its own electric policy which offers 100-pc exemption on road taxes and registration fee for the first two lakh EV 2Ws. While Karnataka aims to attract an investment of over Rs 31,000 crore and generate 55,000 jobs in this segment, the state Government of Kerala has set a target of rolling out more than 1 million EVs by the year 2022.

TELANGANA: The state launched its EV policy in August 2020 and became the third after Delhi and Gujarat to have its own EV policy. The Government has set a target for 15 per cent conversion of the total vehicles to be electric by the year 2025. It also offers 100-pc exemption on road taxes and registration fee for the first two lakh electric two-wheelers purchased and registered within the state. The Telangana Government aims to attract an investment of over $4 billion and create more than 1,20,000 employment opportunities in the state by 2030.

KARNATAKA: The state Government approved its EV policy on September 25, 2017. It aims to attract an investment of more than Rs 31,000 crore and generate employment for 55,000 people, both on supply and demand side. The Government plans to make Karnataka the manufacturing hub for EV and EVSE (Electric Vehicle Supply Equipment). It has also sanctioned Rs 100 crore for adding 500 electric buses to the Bengaluru Metropolitan Transport Corporation. The state’s policy intends to achieve 100 per cent e-mobility in public transport, including auto-rickshaws, cabs, corporate fleets, school vans and buses, by the year 2030. Besides, the Government is offering subsidies and tax benefits to support manufacturing of EVs, EV components, battery manufacturing and development of charging and swapping infrastructure. .

KERALA: The Kerala EV policy was released in March 2019 with the vision of reducing Greenhouse gas emissions and improving the air quality in towns and cities. The policy promotes shared mobility and clean transportation to reduce pollution. The state has set a target of rolling out more than 1 million EVs by 2022, which includes 3,000 buses, two lakh two-wheelers, 50,000 three-wheelers, 1,000 goods carriers and 100 ferries. The Government will build the EV charging infrastructure across the state in collaboration with NTPC (National Thermal Power Corporation) and EESL (Energy Efficiency Services Limited). It is also planning to create e-mobility zones in tourist spots like Munnar, Kovalam and Bekal to encourage people to use EVs for travelling to these popular destinations.

Besides the states covered in this series, many more state Governments, including those of Goa, Bihar and Punjab, are in the process of finalising their EV policies. It is just a matter of time when every state will have its own EV policy under the FAME-II umbrella, paving the way for an EV revolution in the country.

What States Have to Offer for EVs-Part IV