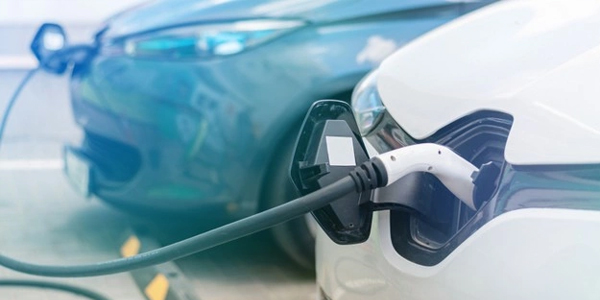 Electric vehicles have gained in acceptance worldwide, thanks to major improvements in theirs performance and range. And this has been possible, largely, because of the better-quality of batteries that are available now. Still, R&D in this regard needs to be strengthened for manufacturing batteries that are more cost-effective, more efficient, and also, more sustainable.

During the last decade or so, the technology used in electric vehicles (EVs) has evolved exponentially. There was a time when an EV represented future mobility, but with technological advancements and increased use of Artificial Intelligence, these vehicles have not only improved in quality but are also considered superior to combustion-based vehicles. And along with EVs, their batteries have also undergone a major improvement.

Earlier, EVs were capable of giving a maximum range of 100 kilometers, whereas now, they offer a range of over 300 kilometers.  Some EVs like Tesla’s and Audi’s e-Tron GT even offer a range of more than 500 kilometers. In fact, Tesla Model S Plaid has broken the two- second barrier of 0 to 100 km per hour with a timing of 1.9 seconds. These improvements in EVs’ performance have happened mainly due to the advancements made in battery-pack technology.

As the demand for better and more affordable EVs continues to rise, some manufacturers are adding silicon to the EV battery in order to improve its performance. Silicon is added to the EV anode to increase its energy density. An anode with enhanced energy density increases the charging speed while decreasing the overall cost of the EV batteries and also the carbon footprint.

However, the use of silicon in EV batteries has its own drawbacks. When silicon alloys with lithium, particles greater than 200 nm get fractured easily. To circumvent this, silicon is mixed with oxygen atoms to form silicon oxides which are then used in EV batteries. This is an expensive method and it also decreases the silicon’s reversible capacity, which means this silicon cannot be used further to increase the current silicon loading.

Another drawback of the usage is that the silicon surface consumes too much electrolyte to form solid electrolyte interface (SEI). To solve this, carbon coating to carbon shells and conductive polymer matrices is done. But this increases the inactive materials; as a result of which it becomes expensive and non-scalable.

The best way to use silicon in EV batteries is in the form of nanowires instead of nanoparticles. Silicon nanowires are capable of tripling the energy density of the anode while decreasing the overall cost and carbon footprint of the EV.

Despite various advancements, the automobile industry and the EV battery manufacturers will have to widen their research and development (R&D) to come up with a solution that is cost-effective, more efficient, and also sustainable for future generations.

A big Step Towards Standardization of EV Battery-Charging