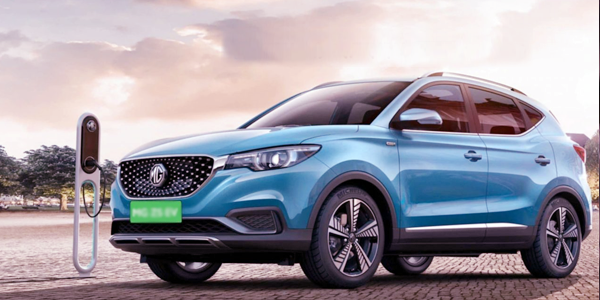 The Government’s sustained efforts to promote e-mobility in the country have started yielding results with sales of electric vehicles picking up and the charging infrastructure getting strengthened. With full cooperation from the industry and encouraging response from the consumers, the Government is rightly hopeful of making big strides in e-mobility arena in the near future.

The electric vehicle adoption in the country has picked up considerable speed and a large part the credit for this must go to the Government. With host of policy interventions, incentive schemes and timelines, it has been encouraging both the industry as well as the consumers to make a switchover to e-mobility. Besides, with several public-private collaborations, it has been making sustained efforts to strengthen the EV ecosystem in the country.

Not without reason, it is highly upbeat about India making major strides in e-mobility in the very near future. This became evident from the remarks made by two top functionaries of the Government on two different occasions. Speaking at the FY21 AGM of the Indian Chamber of Commerce in Kolkata recently, Union Minister Nitin Gadkari said with more companies aiming to introduce next-gen vehicles, in two years the cost of EVs will be equivalent to vehicles that run on fossil fuels.

“Not just passenger vehicles, but the Government wants to see even trucks to run on the technology of the future,” said Gadkari. The minister further said already some manufacturers have started working on advanced batteries which will help run EVs for longer distances. On flex engines, he said his ministry would soon issue an advisory for the automobile manufacturers to use it in two, three and four-wheelers but “it will not be made mandatory.”

Speaking on somewhat similar lines, NITI Aayog CEO Amitabh Kant said, India needs to leapfrog to electric mobility and there will be no internal combustion-powered two-wheeler or three-wheelers in the country by 2025 as they all will move to electric vehicles.

Addressing a first-of-its-kind roundtable organised by the Ministry of Heavy Industries, Kant pointed out that market dynamics and technology disruptions will ensure the cost parity of electric vehicles to internal combustion vehicles. He said battery prices have fallen to $126 per kWh over the last few years, from about $1,100 earlier. These are expected to further dip below $100 per kWh in the next 18 months, bringing about price parity between electric and fossil fuel-powered vehicles, he said.

Adding to these morale-boosting statements was the Heavy Industries Minister Mahendra Nath Pandey’s announcement that standardisation of charging infrastructure in the country is scheduled by the end of 2022.  The Automotive Research Foundation of India (ARAI), Pune, is working on this, he said in Goa recently. “For fast charging, the prototype is ready and by December 2022, we will bring this to the market. But we are hoping this can be done even before that,” he said.