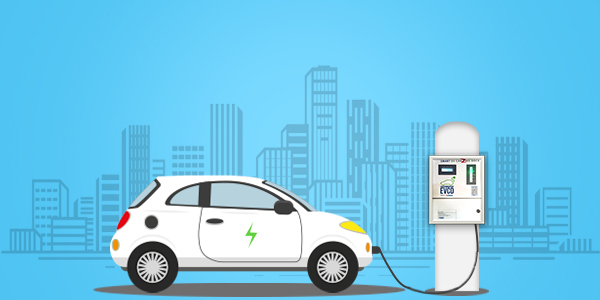 A robust charging infrastructure is a requisite for an EV revolution in the country. Having realised it well, the Government is doing everything in its command to achieve this goal. Besides the flagship FAME scheme, it is offering multiplicity of tax rebates and incentives to all those entities working towards the creation of a state-of-the-art EV charging ecosystem in the country.

With a view to further boosting electric mobility, the Government is now focused on the development of charging infrastructure in the country. It had launched the FAME (Faster Adoption and Manufacturing of (Hybrid &) Electric Vehicle) scheme and its second edition primarily to give a boost to the sale of electric vehicles and also to act as a push for the development of a decent EV charging infrastructure.

With the Government now offering big tax rebates and subsidies, the numbers of EV sales, as also those of charging stations, are expected to grow rapidly. The Department of Heavy Industries has already sanctioned more than 3,000 EV charging stations under the FAME-I and FAME-II schemes. Currently, the top five states with the most number of EV charging stations are Maharashtra, Tamil Nadu, Andhra Pradesh, Gujarat, and Madhya Pradesh.

The Government is also encouraging multinational companies and automotive manufacturers to partner and create a state-of-the-art EV charging ecosystem in the country. It is giving handsome incentives and major tax reliefs to all those entities that contribute to the development of EV charging infrastructure. In addition to that, the Model Building Bye-laws have now made it mandatory for all high-rise apartments to dedicate 20 per cent of the total parking space to EV charging infrastructure.

Under the FAME-II scheme, the Government is offering incentives ranging from 50 pc to 100 pc of the total equipment cost, depending on the location of the charging station. An incentive of 70 per cent is provided to all public chargers installed for commercial purposes. An incentive of 50 pc of the total equipment cost is offered for every EV charger installed at semi-restricted premises for commercial or non-commercial purposes. Besides, an incentive of 100 per cent is offered on all the EV chargers installed in the offices of state or Central Government.

Apart from all these, various ministries have introduced their own policies to support the FAME-II scheme. Also, the Goods and Service Tax (GST) on EV chargers has been reduced from 18 pc to 5 pc. The Government has also allowed the operations of EV charging Infra without the requirement of having a licence. Various power distribution companies (DISCOMS) have come up with special tariffs, which in some cases are as low as Rs 5 per unit, for EV charging. The Government is also working closely with the Bureau of Indian Standards (BIS) to standardise EV chargers and EV supply equipment.

With all these measures being taken across the spectrum, the EV charging infrastructure has seen rapid growth in the country and it is bound to grow even further in times to come.

A big Step Towards Standardization of EV Battery-Charging